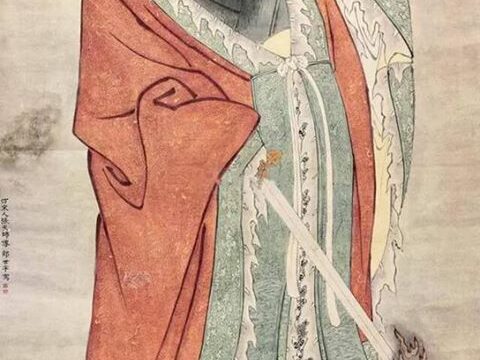 “Dou” is a fairly large container for measuring the volume of the grain. Wu-Dou-Mi means five Dou of rice. Wu-Dou-Mi Daoism is an important Daoism branch that was established by Zhang Daoling in East-Han Dynasty (25 – 220 A.D.). Zhang Daoling studied Dao in Mount Heming, and claimed that he was taught by Laozi directly.

Zhang Daoling had required everyone joining his organization, and any patient who sought his treatment pay with five “Dou” of rice. He took care his patients with talismans and holy water. Later in the history people honoured him with the title “Tianshi” or “Celestial Master”.

The religious organisation established by Zhang Daoling was fairly large and systematic; it had 24 power centres called “Zhi” (ruling). “Zhi” were places where matters pertaining to the organisation were handled and religious rituals performed.

Wu-Dou-Mi Taoism conducted three kinds of common rituals for followers and patients. First and the most common was meditation in silence to repent and confess past wrong doings. Second, prayers service expressing the willingness to accept all punishment that might be resulted from one’s past wrong doings. Third, worshipping services in the name of Laojun and Deities of the land.

Wu-Dou-Mi Taoism honoured Laojun as their highest Divine, and proclaimed that Laojun is the personification of Tao. Wu-Dou-Mi Taoism is also called “South Tianshi (heavenly teacher)Taoism”. Later in the history Southern Tianshi Taoism, together with Northen Tianshi Taoism, Shangqing Taoism and Lingbao Taoism, merged into a new sect of Taoism called Zhengyi (Orthodox One) Taoism.