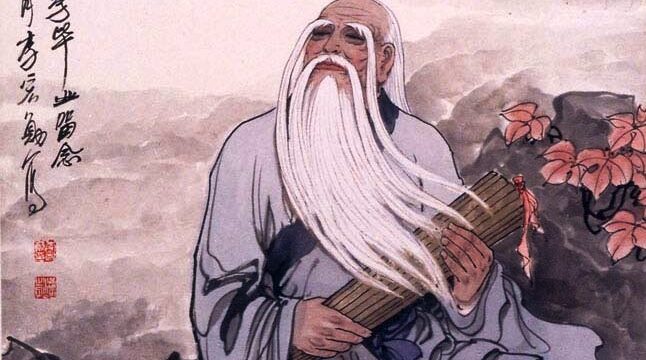 The concept of Wu-Wei, literally “non-doing” or “not for any purpose”, came from “Dao De Jing” where it says “Therefore the Master acts without doing anything, and teaches without saying anything”, and “Practice not-doing, and everything will fall into place”.

In early days of Taoism, “Wu-Wei” was considered the basis for comprehending the Tao, for understanding the heart of the nature, for reaching the peace. In the book of “Huai Nan Zi – Yuan Dao” it says “The meaning of Wu-Wei is to act not prior to nature, the meaning of Wu-Bu-Wei means to act in response to nature”.

By the time of Wei-Jin Dynasties and there after, “Wu-Wei” became the basis of Taoist sociological viewpoint. In the book “He Shang Gong: Laozi Interpreted”, it says “The way of Dao is Wu-Wei. Apply it to oneself, one’s spirit is uplifted; apply it to a nation, the people of the nation will enjoy its benefit”.