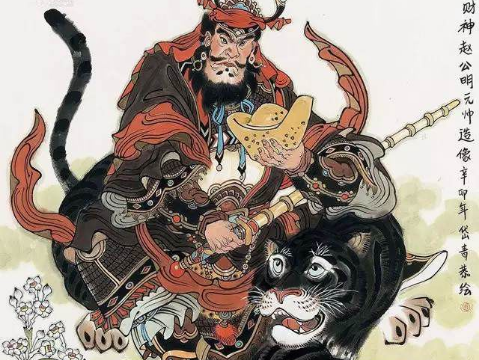 General Zhao Gong Ming is considered the one of the Deities of Wealth in Taoism, the figure came from a real historical person, a general in Qin Dynasty around two thousand years ago. 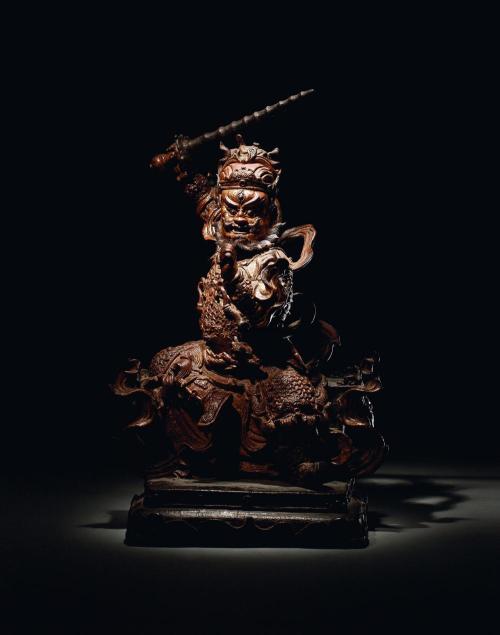 It is said that Zhao Gong Ming lived during the late Warring States period and he retreated to Zhong Nan Shan when the King of Qin founded his empire.  He cultivated himself until he became an immortal and ascended to heaven. When Zhang Dao Ling (张天师 Zhang Tian Shi) cultivated to make the pills of immortality (丹药Dan Yao), he asked the Jade Emperor to send a god to protect him. Zhao Gong Ming was sent to protect the Tian Shi and received the title Zheng Yi Xuan Tan Marshal (正一玄坛元帅).

It is said General Zhao Gong Ming is able to control thunder and lightning, to dispel evil and eliminate epidemics, and bless people with wealth and fortune. In popular art, the figure of the general is one with black and hairy face, a stick weapon in hand and riding a black tiger.