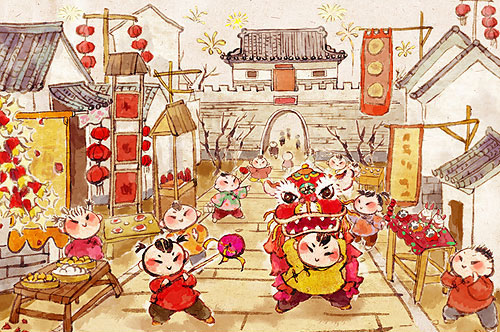 Traditionally the Chinese Spring-festival starts on the 23rd day of 12th lunar month (腊月二十三) with the 小年 Xiao Nian.

Commonly known as “小年Xiao Nian”, it is said that this day is the day when “灶王爷上天 The Kitchen God goes to heaven”. 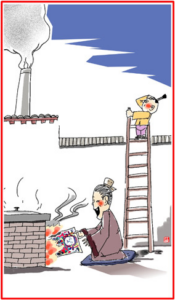 The twenty-fourth of the twelfth lunar month – sweep away the dust
Dust and sweep the house, this day is a customary cleaning day. 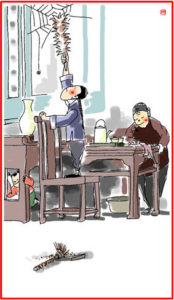 The twenty-fifth day of the twelfth lunar month – grinding tofu

Grind to make tofu. Legend has it that the Jade Emperor would visit the lower realms and eat tofu dregs to express his poverty. 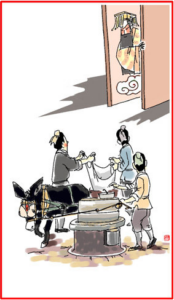 The twenty-sixth day of the twelfth lunar month—killing pigs and cutting meat for the new year
Pigs are slaughtered to cut their meat, and people can only eat meat during the annual festival. 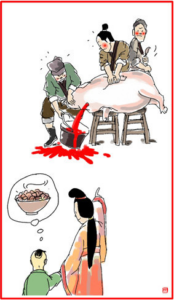 The twenty-seventh day of the twelfth lunar month – slaughter chickens and go to market
Slaughtering chickens, going to big fairs, and everything needed for the Spring Festival is in the process of being purchased. 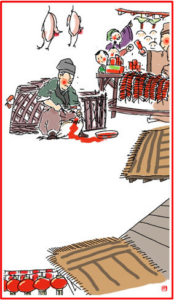 The twenty-eighth day of the twelfth lunar month – writing banners

Make cake steamed buns. The ancients used peach wood as a wood to ward off evil spirits, which was later replaced by red paper. 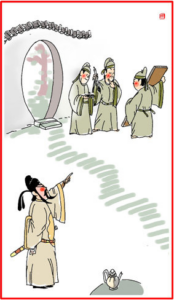 The twenty-ninth day of the twelfth lunar month — offering sacrifices to the ancestors
Go to the grave and make offering for the ancestors. The worship of ancestors has a long history. 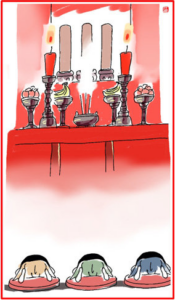 New Year’s Eve – Keeping the New Year’s Eve
Two years old in one night, two days in five hours. The cold resigns from the winter snow, and the warmth brings in the spring breeze. 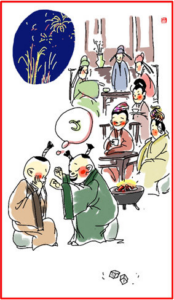 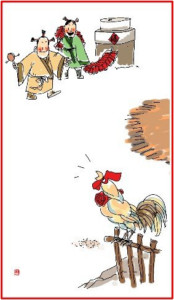 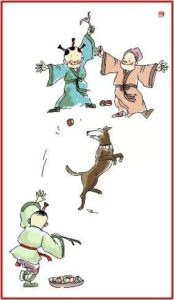 On the third day of the Lunar New Year, Fat Pig Arch

Pig Arch. When the son-in-law visits his father-in-law, and the daughter-in-law returns to her home, the presents bring an even number. 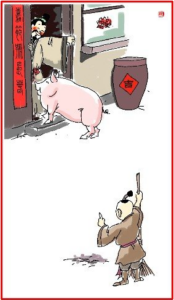 The fourth day of the Lunar New Year – Sanyang Kaitai

Sanyang Kaitai 三羊开泰 On the fourth day of the Lunar New Year, Sanyang Kaitai. The Stove Lord wants to check his household registration, welcome back the Kitchen God恭迎灶神. 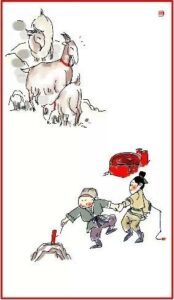 The fifth day of the Lunar New Year – Genniu Gengchun

The five roads are connected to the God of Wealth, east, west, north, south, and middle, and the five roads of wealth lead to each other. 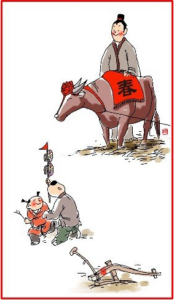 The Sixth Day of the Lunar New Year – Immediate Success

Immediate success. Lijiu worship in the street. Thousands of households and thousands of doors, look at it. 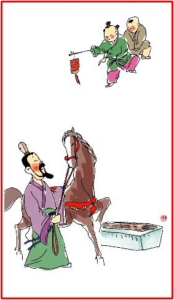 The seventh day of the Lunar New Year – longevity and prosperity

Life is prosperous. Spread pancakes and eat Qibao soup to settle down and recuperate. 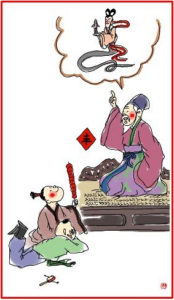 Release life and pray for blessings. On the day when the stars go down to the lower realms, small lamps are made and sacrificed, every inch of time 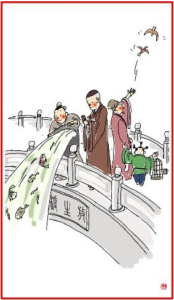 Jade Emperor’s birthday. It is the highest god who dominates the universe, and people will hold sacrifices to celebrate it. 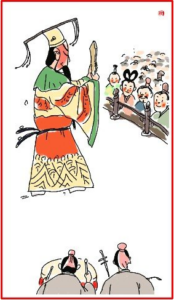 Sacrifice stones to give thanks. There is sky and earth, and the rice, wheat, and hundred grains. 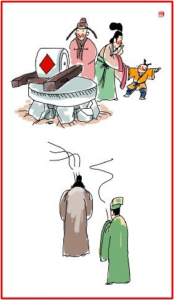 Worship Zigu. Women who are deeply oppressed regard her as the patron saint of weak women. 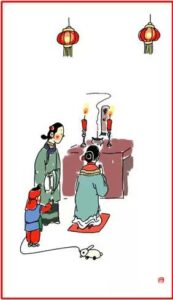 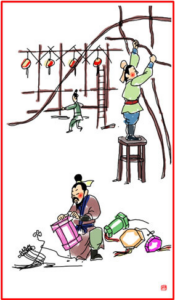 Light the stove. The Lantern Festival will be released and from the 13th, bamboo lanterns will be woven in alleys, bridges and roads. 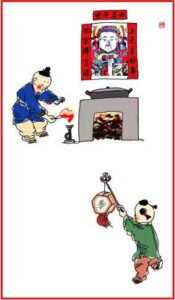 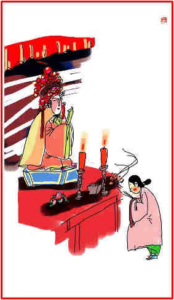 The night shines on the silkworm. Looking at the color to judge the harvest of the year, and later evolved into watching the lanterns during the Lantern Festival 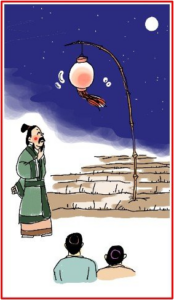