Yang rituals include congratulations on birthdays, praying for blessings,eliminating disasters and relieving misfortunes, curing illnesses and prolonging life, praying for peace, and paying tribute to gods. The main objects of service are the living people. The Yin rituals include guiding lost souls, relieving suffering for the death, and the alms-giving rituals. The main object of service are the death. 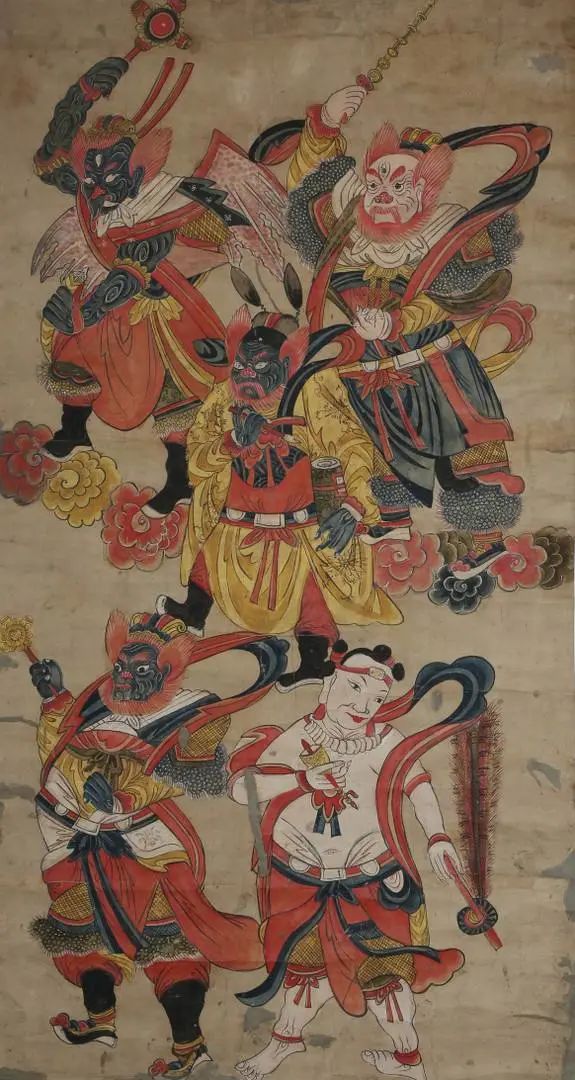 Everyone can attend different rituals in Taoist temples according to their own needs.

In some Taoist rituals, spiritual soldiers and horses, called “兵马Bing Ma” need to be summoned to do things, just like in ancient times when two countries went to war, the soldiers of the two sides would fight. Generally, Taoist priests will allocate an equal number of soldiers and horses according to the year of birth after the priest recieved the register (授箓). The main function of the Bing Ma is to protect the altar, supervise and protect the priest.

Although the Bing Ma have the function of protecting the Taoist priest, the use of the Bing Ma on the altar by the priest is more complicated and there are many regulations. The Bing Ma are divided into several categories, which are: 天兵天将 the heavenly soldiers and the heavenly generals, the 祖师的兵马 Bing Ma of the ancestors, the 地兵地将 ground soldiers and the ground generals, and the personal Bing Ma on the priest’s own altar.

Among them, they are divided into inviting five rampages and bringing five rampages.The reason to invite 五猖兵马 five rampant Bing Ma, is because the priest’s morality is low, so he can only ask Bing Ma to help him deal with some things. When your cultivation base reaches a certain level, and a master who teaches the tradition will assign Bing Ma to you, you will be able to have your own five rampant Bing Ma, which is called leading five rampages. Where the five elements of heaven and earth are crystallized, there will be exchange of Qi between heaven and earth. If there are ancient tombs, trees, stones, ghosts, or if someone dies here, they will become five rampant soldiers.

Why is it called rampant? Because these Bing Ma are difficult to discipline, they are unrestrained, they are extremely arrogant, they do things regardless of the consequences, and they are not afraid of anything. It is also because Wu Ran has a very straightforward style of conduct. As long as the priest says anything, the “Rampant Soldier” will do it. During the inheritance of the tradition, there will be a Bing Ma inside a jar, which is enshrined under the altar all year round, with five-square flags and tokens on it, which are used to dispat 五通神 Wutongshen (五通兵马Wutong Bing Ma) are some undead who died in battle or died in vain. They have a violent spirit. Wutongshen is good at doing what they are orderd, but the disadvantage is that they are slow in doing things and to commanding Wutongshen requires certain conditions in exchange. These conditions include “Blood offerings”, regular rituals, etc. Non following the required, can end up is great misfortune and disaster.

Among the four kinds of Bing Ma, the 五通兵马 Wutong Bing Ma are the most effective. The five spiritual officers refer to the “spirits” who practice in a place where the world crystallizes. When they practice together, these five spiritual officials will also assist the priest in practicing Dao. The Bing Ma are roughly divided into three categories:

There are more divisions such as: North and South two courts, 雷监都司 Lei Jian Du Si, etc., which are mostly used to pray for clear weather and rain, cut temples and call for thunder.

五猖兵马Five rampant Bing Ma, 五营兵马 five battalions of Bing Ma, etc., are more common in 梅山 Meishan, 闾山Lushan, 元皇Yuanhuang, 茅山Maoshan and other traditions. They are composed of 游师兵马 Wandering Bing Ma, dead souls and even mountain spirits and wild monsters. The structure is complex and the commanding power depends on the region or the priest’s level of cultivation.