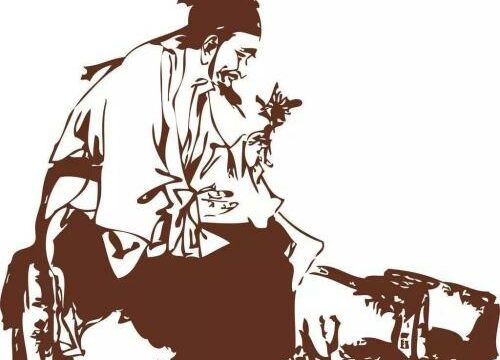 These four legendary master of Daoist Medicine are the historical forefathers of the traditional and modern chinese medicine. They were not only healer but also daoist true men, realized beings, who could use their spiritual power to heal patients and invent new healing methods. 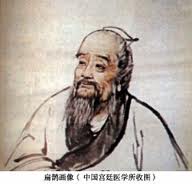 Bian Que is believed to be the first historically documented practicing physician and lived during the Warring States period 770-221 BC. It is said that he could see through the human body with the help of his third eye and thus detect diseases, identify their causes and heal them. He is the inventor of pulse diagnosis, and once diagnosed a prince who was believed to be dead that he was in a coma by means of a pulse diagnosis and then treated him with acupuncture. The prince was healed and Bian Que became known far beyond the country’s borders. 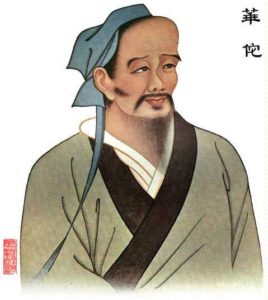 Hua Tuo lived in the early period of the 3 Kingdoms Era and was called “ShenYi” the Divine Doctor. He invented the first anesthetic “Ma Fei San”. He once healed Guan Yu who was hit by an arrow, and using the painkiller he was able to heal the wound while Guan Yu was playing chess. He once saw a tumor in the brain of Cao Cao, the ruler of Wei State. He had Hua Tuo imprisoned because Cao Cao thought he wanted to kill him with the operation. Hua Tuo died in prison, and shortly after, Cao Cao died from the tumor in his head. 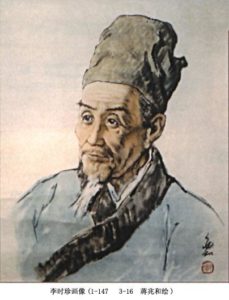 Li Shi Zhen was one of the greatest Chinese herbalists and is considered the father of TCM. Because of his skills, he became a saint of herbalism. He wrote a compendium of herbs, which cataloged 1,892 different herbs in 60 categories. His father was a doctor of traditional medicine and a scholar who authored several influential books. He tried to persuade his son to become a civil servant, but when he failed the state examination three times, Li Shi Zhen was accepted by his father as a student and he went on to study medicine. As a 27-year-old doctor, he cured the son of the Prince of Chu and was then invited to serve as a court official. After a few years, he was transferred to Beijing to practice at the Imperial Medical Institute. 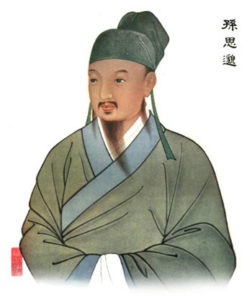 Sun Si Miao is considered the king of medicine. In the pre-Tang Era, he wrote two books on medical theories that shaped subsequent generations of medical professionals. He introduced catheterization with a shallot stalk and recorded the first recipe for gunpowder with sulfur, but which he used medicinally (“hidden fire therapy”). His openness to other cultures set him apart from the Chinese doctors of the time; study visits to Korea, Japan and India have been handed down. His 13 points for treating mental illness are still used today.