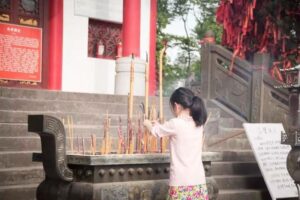 According to the “Nǚ Qīng Tiān Lǜ 女青天律” it is prohibited to burn sandalwood during “Lǐ Dòu 礼斗” (Ceremony of the Stars). But no reason was given.

In the “Tiān Huáng Zhì Dào Tài Qīng Yù Cè 天皇至道太清玉册”, a Daoist scripture from the Ming Dynasty, it is recorded that the immortals believed that sandalwood was the incense of the barbarians in the foreign land, so it was not possible to offer it during high rituals.

“Wú Shàng Mì Yào 无上秘要” (Supreme Secrets) is a Taoist book compiled in the Tang Dynasty and the literature it cited should be from before the Tang Dynasty. This shows that early Taoism did not ban sandalwood.

Although the “Líng Bǎo Lǐng Jiào Jì Dù Jīn Shū 灵宝领教济度金书” written in the Northern Song Dynasty did not explicitly say that sandalwood should not be used to contribute to high rituals, but it said that when the gods descended, there would be a sandalwood fragrance, which shows that the gods did not forbid sandalwood.

In the “Xiāng Chéng 香乘” compiled by Zhōu Jiā Zhòu 周嘉胄 during the Ming Dynasty, it said: “The Taoist book says that Tán Xiāng 檀香 (sandalwood) and Rǔ Xiāng 乳香 (frankincense) are the only incense that can be burned to worship the deities.” One thing is clear, Taoism does not forbid the use of sandalwood. 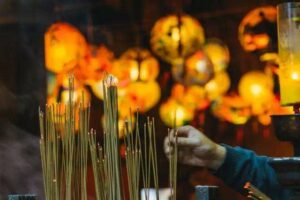 The first is to communicate with the deities and the spirit officers, and ask Gods to call the generals. Report your thoughts to the Gods through the smoke. The smoke is the transformation from the material into the immaterial state through the burning process. The so-called “香自诚心起，烟从信里来，一诚通天界，诸真下瑶阶 Xiāng zì chéng xīn qǐ, yān cóng xìn lǐ lái, yī chéng tōng tiān jiè, zhū zhēn xià yáo jiē” Incense comes from sincerity, smoke comes from believe, one sincerity leads to the heavens, all truths descend to the stairs of the Jade mansion.” 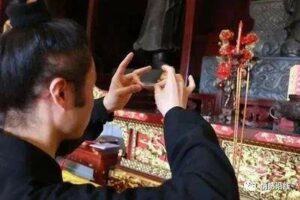 The second is to burn incense for merit and to make offerings to the deities. Burning incense can solemnize the altar, defile the filth and ward off evil spirits, and with this virtue, chanting scriptures and make offerings to the gods.  Up, I wish the kingdom of the country to expand, down, I pray for the safety of the body.

Third, soothe the nerves and adjust the breath. Some incense can make people’s mind calm and breath soothing. It is easy for those who are sitting in meditation to enter stillness, it helps those chanting scriptures, adjust their breath to enter the state of tranquility. 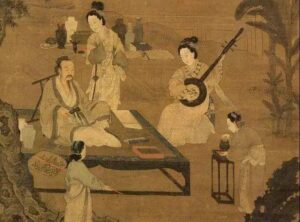 Therefore, in ancient times when reading, playing Qín 琴, drinking tea, talking at night, and sitting in meditation it was accompanied by burning incense. 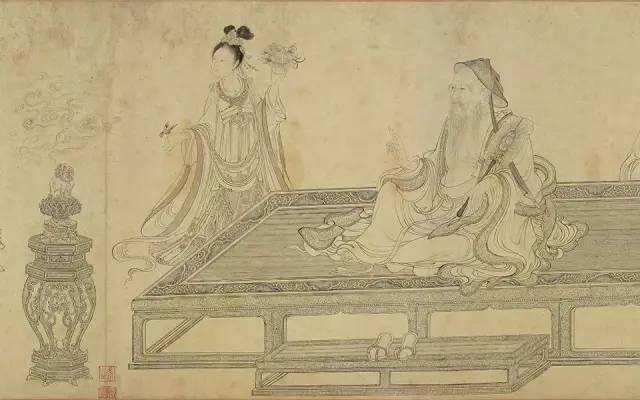 First, this incense was produced in the foreign countries of the barbarians.

Third, in the Tang Dynasty, some princes and nobles had their walls build with sandalwood mud, and some used sandalwood to make beds, pavilions and shelves. Later, some families were defeated and the sandalwood mud from the walls was used by unscrupulous traders. Scraped away, the sandalwood furniture was split, used to make sandalwood, and sold to temples. This is an impure incense, so it is forbidden to use by Taoists.

Probably the last two are the reasons why sandalwood was banned by descendants of Taoism. 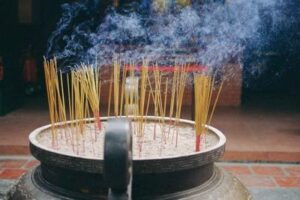 It should be mentioned that sandalwood is more commonly used now. Since sandalwood is not pure, it cannot be used in high rituals. Widely spread is also artificial or chemical incense, fragrances and alike. These are not suitable for the use in rituals either. Burning incense has the function of cleaning and purifying, so using chemical incense will not only have the exact opposite effect, but also damage the environment. Smelling chemical incense will have people choking, caughing and giving them a headache, how can one use it to worship deities?