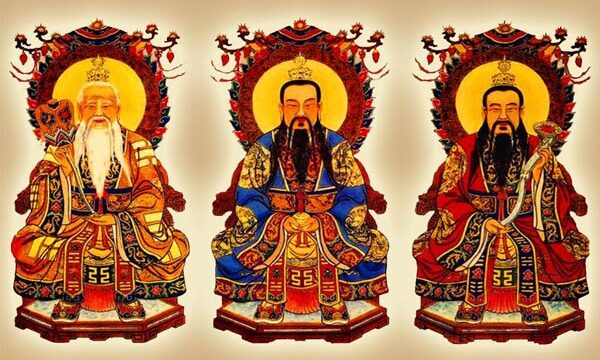 nourishing all things. I do not know it’s name, therefore I name it Dao.

As for this Dao, it has clarity and it has murkiness; it has motion and it has stillness;

Heaven is clear Earth is murky; Heaven is motion Earth is stillness. Male  is clear Female is murky,

Male is motion Female is stillness. Descending from the source flowing to the end, thereby giving birth to all things.

If one can be constantly still, Heaven and Earth will revert entirely.

but desires pulls at it. Being able to perpetually dispatch such desires, the mind will be still on its own.

Settle the mind and the spirit will be clear on its own. Naturally the six desires will not accrue,

the three poisons will be eliminated. Those who are unable, it is because their minds are not yet settled,

their desires have yet to be eliminate. Those who are able to eliminate them, internally observe your mind,

your mind has no mind; externally observe your form, your form has no form;

Observe all things from distance, these things are not things. Having already understood these three,

all you see is emptiness. Observe that emptiness until even the emptiness disappears.

pure tranquility everlasting serenity. Serene till even serenity disappears , how can desire then arise?

Since desire does not arise, that is true stillness, respond to all with the true constant,

Lord Lao speaks: The superior person does not content, the inferior person is fond of contention;

superior virtue is not virtue, inferior virtue persists on virtue. Those who are persistent,

does not understand Dao and Virtue. Living beings who are unable to attain the True Dao,

Aimless between life and death, constantly sinking in the sea of misery, forever losing the true Dao. Of the true everlasting Dao, those who are enlightened will attain it on its own, those who attain enlightenment, reach eternal tranquility.

Immortal Ge the elderly speaks: I have attained the true Dao,

having recited this scripture ten thousand times in the past . This scripture is practiced by celestial beings,

unrecorded in writing, I now write it down for the world.

Realized by the superior person, one ascends and becomes a heavenly official, cultivated by the ordinary person,one ranks as an immortal at the Southern Palace. Attained by the inferior person, one lives for many years,travelling throughout the three realms, ascending to the Golden Gate.

The Zuoxuan Immortal speaks: A person who studies Dao

who recites this scripture, receives protection for one´s body from the guardian gods of ten directions, after that the jade talisman protecting the spirit,

the golden fluid refining the body; both body and spirit become completely extraordinary, combine with Dao and be realized.

The Zhengyi Immortal speaks: Those who possess this scripture,

with a true understanding, do not fear catastrophes. With the multitude of immortals protecting their gates;

their spirit ascends to the upper realm, paying respect to the high immortals, with merits completed and virtue accomplished;

mutually resonating with the imperial sovereigns, recitation without receding, the self ascending on purple clouds.