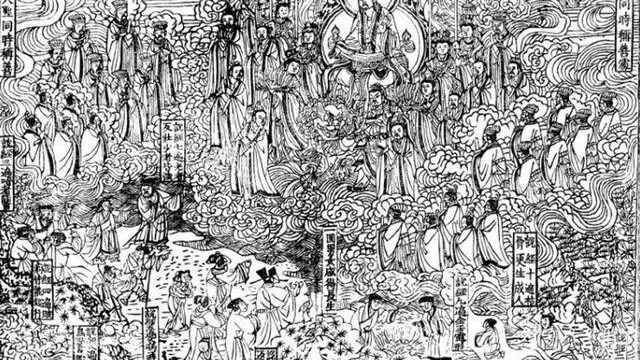 The heavens are divided into ten directions
The thirty-two heavens that result from the original matrix (元 綱 Yuangang) are in the four cardinal directions, with eight heavens per cardinal direction. You can also add northeast, southeast, southwest and northwest, as well as top and bottom, to these four directions. In addition to these thirty-two heavens, there are four other heavens. All of these heavens are distributed in the eight directions mentioned above, as well as above and below, for a total of ten directions. 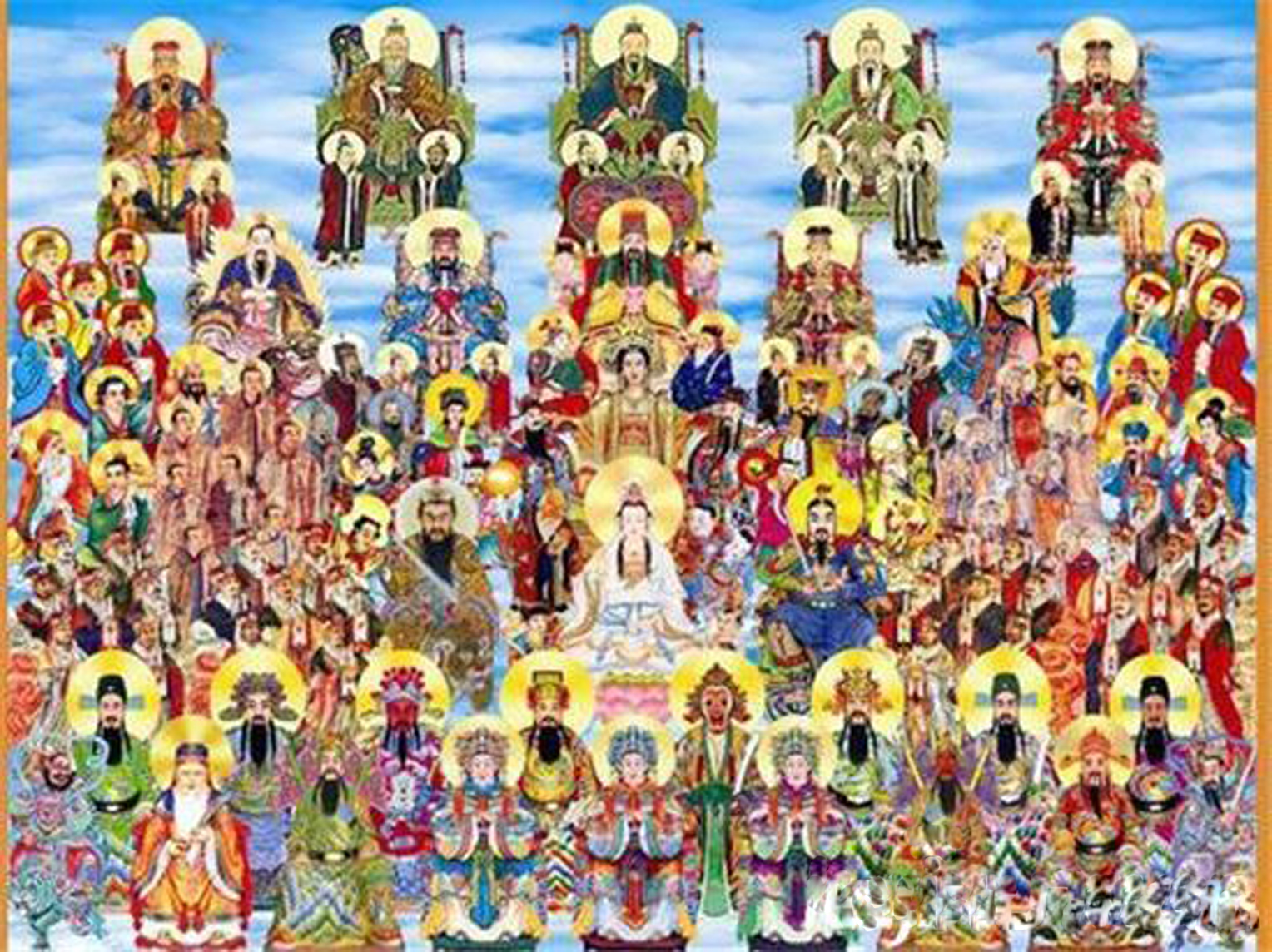 The Three Worlds and Outside
The thirty-six heavens are divided into different worlds. The three worlds (三界 Sanjie) are the world of desire (欲界 Yujie), the world of form (色 界 Sejie) and the world of formlessness (無色界 Wusejie). There are a total of 28 heavens in the three worlds. They are subject to kalpas; Those who are born or go to these heavens do not escape reincarnation and karma. Outside the three worlds, there are eight more heavens. Those who cultivate Dao and jump from the three worlds can escape from kalpas, karma and reincarnation.
The three worlds are the world of desire, the world of form and the world of formlessness
The world of desire contains six heavens, from the Taihuang Huangceng heaven to the Qiyao Moyi heaven. In this world there is form and desire, men and women have intercourse and give birth to offspring. The world of form comprises eighteen skies, from the Xuwu Yueheng sky to the Wuji Tanshi sky. In this world there is form but no desire; There is no sexual intercourse and humans are born directly from vital ether. The world of formlessness consists of four heavens, from the Haoting Xiaodu sky to the Xiule Jingshang sky. In this world there is neither desire nor form; Ordinary people cannot see the people in this world who can only be seen by real people (真人 Zhenren).
Outside the three worlds, the heavens can be divided into several planes, including the four pure heavens, the three pristine skies, and the great overarching sky.
The four pure heavens (四 梵天 Sifantian) are also called the four heavens of the Sami people (種 民 Zhongmin), from the Taixu Wushang Changrong heaven to the Taiji Pingyu Jiayi heaven. They are called the four heavens of the Seed People because those who enter this realm have already escaped the cycle of reincarnations; They do not die at the time of one kalpa, but become the seeds of the people of the next kalpa. The three prisitne heavens are also called the three pristine realms (三 清境 Sanqing Jing) and are ruled by the highest venerable sovereign (元始 天尊 Yuanshi Tianzun). The great overarching sky is above all other heavens and contains the whole universe. It is infinite and contains the Jade Capital (玉 京山 Yujing Shan), where 太上老君 Taishang Laojun lives.

Everything is formless and invisible; It is the abode of the immortals (神仙 Shenxian). When they unite, they become forms; When they disperse, they become Vital Breath; They wander around unrestrictedly on their own. In the great overarching sky everything is a pure vital breath (道 氣 Daoqi). The highest level of cultivation of immortality is the level of Golden Immortality (金 仙 Jinxian) of the Great Abundant Heaven. 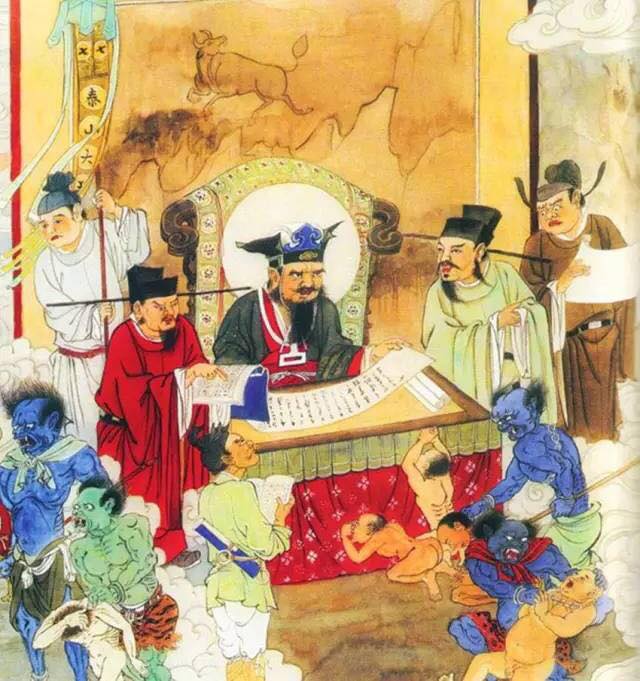 The Underworld
Daoism divides the world into nine levels, which are called nine realms (九 壘 Jiulei). Each of these realms can be further divided into four realms, making a total of thirty-six realms. Each realm is ruled by an emperor of the earth (土黃 Tuhuang). The names of the Nine Realms are as follows: