Bai Shi拜师 is the ceremony when a student becomes a disciple, entering the door into the family or tradition of the master. For most students this is one of the most important rituals they look forward to in their career.

Wether it is a martial art, a Daoist or a medicine lineage, most traditions are only past on to the disciples. Sometimes disciples are also called indoor students, because they already officially entered the door into the masters tradition.

Generally the Disciple ceremony is for free and the master doesn´t charge a fee. Of course there are gifts involved so the student still has costs to cover. It is also common that not everyone is able to enter the tradition and become a disciple of the master. If a master or a school is charging a fee for the ceremony and lets just everyone become a disciple its shows a lack of tradition and only a financial focus, which is more common then one might think.

The Bai Shi is a ritual with many important details and every tradition has its own standard. Most traditions have bowing in front of the master, serving him/her tea, offering gifts and Bai Shi Tie拜师帖(Personal declaration of why the student wants to become a disciple),etc. in common. 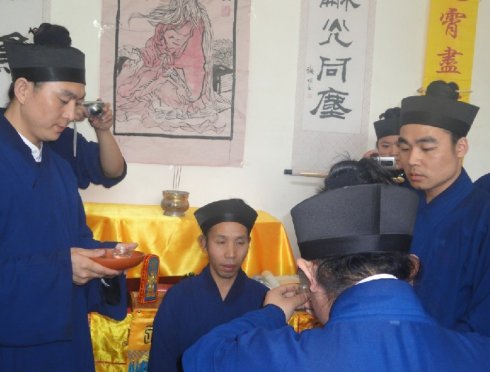 The bowing ritual is called Ke Tou and is done three times. Serving tea is done on the knees while saying „Shi Fu, Qing He Cha 师父,请喝茶“, which means, „Master, please drink tea“. This ritual is done one to three times. Depending on the tradition.

The gifts are given to the master are personally and depend on each individual. Many times it is something special and remarkable. Another important gift is the „Hong Bao红包“ red envelope. The Chinese tradition to gift money to the master to pay for future teachings and support him financially is a respectful gesture and not limited to the disciple ceremony. Many masters depend on financial support of their students because they would have to spend their time working a full-time job instead of teaching.The amount the student puts into the envelope is also a personal option. There are numbers should be avoided. For example 4,44,444 and so one. To show respect many students put a good amount into the „Hong Bao“. 333,666,888,999,3333,6666,8888,9999 are good numbers. Its is not very respectful to give only a small amount to the master from whom the students wants to learn his whole life. .

The Bai Shi Tie拜师帖 is another very important part of the ritual. Its a declaration of the students why they want to become a disciple and a vow to never break the rules of the tradition etc. It is a written bond between the master and disciple. The Bai Shi Tie is given to the master, who keeps it. In many traditions the master will give the disciple a so called „Hui Tu Tie回徒帖“ which confirms the student is an official disciple. 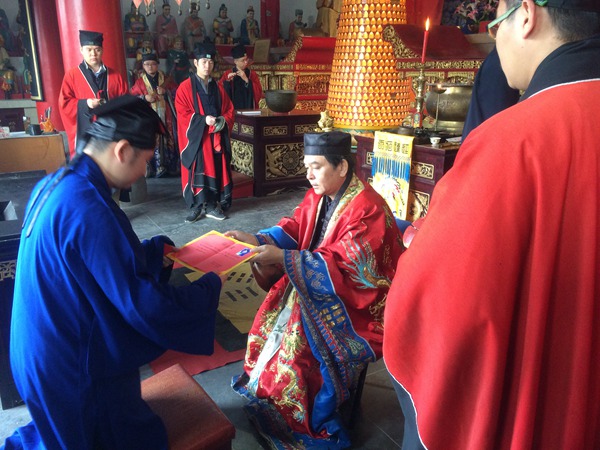 In Daoist traditions it is common to give a new name to the disciple, according to the lineages generations titles.

There are many individual additional rituals depending on the traditions. Sometimes the students have to change the shoes of the master, answer several questions, show their already learned skills etc.

A probation period for the new disciples to ensure the students is not only there for the name and title is also part of several schools and traditions.

To become a disciple of a certain master is depending on the personal fate and can never be forced or bought. If a master can be bought, he is definitely not worth the money.

A good relationship between a student and the master is the foundation for a future as a disciple. The master is like a father, teacher and friend and will help the students to find the right way to master themself and also become a master one day.